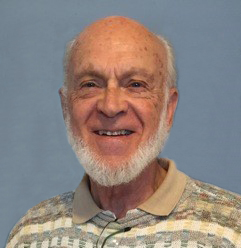 Neal Pirolo is the founder and director of Emmaus Road International. His background is in education. With a B.A. in Bible and Education, and an M.A.in Educational Administration, he has his California Teaching and Administration Credentials. He has taught and/or administered students from preschool through postgraduates in public and/or private schools in the US, Peru and Brazil. Neal founded Maranatha Christian Academy in Costa Mesa, California. Neal also directed a one-year ministry school in San Diego, California for five years. He is an ordained minister.

Missions was a topic of discussion with his wife even before they were married sixty years ago. For more than 40 years, Neal has either ministered cross-culturally or has been involved in training others for cross-cultural ministry. He has been privileged to visit or minister in over 60 countries as well as throughout the United States. A pre-field training course he developed has been modeled in several countries.

Neal has authored five books. The first, Serving As Senders, is available in twenty languages, with just under 400,000 copies in print. It has been replaced with a Revised and Expanded edition, Serving As Senders~Today. His other books are The Reentry Team, Prepare For Battle, I Think God Wants Me to be a Missionary and Internationals Who Live Among Us. He has published four series of essays and numerous articles, many available, along with various Mp3s, for free download from the Media Library. Six of his seminars are available on DVD. His teachings are always Biblically based and focus on solutions to the issues of missions.

Neal was raised in a Christian home; his father was an evangelist. He has experienced the "ups and downs" of life but his eyes are fixed on Jesus, the Source and Goal of our faith. Neal continually acknowledges "what a privilege it is to be about our Father's business."